Detecting genetic mutations to minimize the risk of our offspring to develop recessive diseases is the objective of an innovative test that the team of researchers of E-GenetiCare and the Vistahermosa Genetics Unit has developed. “All our patients undergo this genetic study, since most of their carriers are not aware that they can transmit them to their children through their genes,” says the director of the Reproduction Unit Vistahermosa, Dr. José López Gálvez.

Cystic fibrosis, non-syndromic congenital deafness or spinal muscular atrophy. These are some of the most common hereditary recessive diseases in society. “This analysis, which we have called the recessive disease carriers test, analyzes 15 genes from 16 diseases, diseases that are transmitted when both partners are carriers of the mutation in the same gene,” explains Antonio Urbano, Ph.D. in this center located in the Hospital HLA Vistahermosa of Alicante.

In the market there are tests that analyze up to 500 diseases, so they are not manageable for reproduction centers, since 80% of people are carriers of recessive diseases. “By performing the analysis on a smaller sample of genes, it is possible to increase the clinical usefulness of the test, since it focuses on those that result in the most common diseases in the offspring,” says the doctor in Biochemistry, Estefanía Montoya.

This test supposes an important advance in the reproductive genetics, and it is applied in the Reproduction Unit Vistahermosa in the processes of assisted reproduction, both to couples and to the donor gametes to prevent hereditary recessive pathologies, showing the options available to take informed decisions favoring a healthier offspring.

“In order not to discard the donor, the recipient or recipient couple is also studied, and if both gametes (egg and sperm cells) are from a donor,

the two are studied.The most important thing is that both gametes should not have the same genetic alteration”, indicates Dr. Urbano.

The research, which has been published in the journal “Medical Genetics and Genomics”, shows the results of the implementation of this test in a population of 523 candidate to gamete donors, of which approximately 80% were women and 20% men. To this end, 15 genes associated with the 16 autosomal recessive diseases most prevalent in our environment were selected, following the recommendations of the scientific societies. After the study, the team determined that 20.3% of the population studied carries at least one pathogenic or probably pathogenic mutation. Which means that “when both members of a couple are carriers of the same recessive pathology, they have a risk of 25% of having an affected child in each pregnancy,” Montoya emphasizes.

Other news we have published 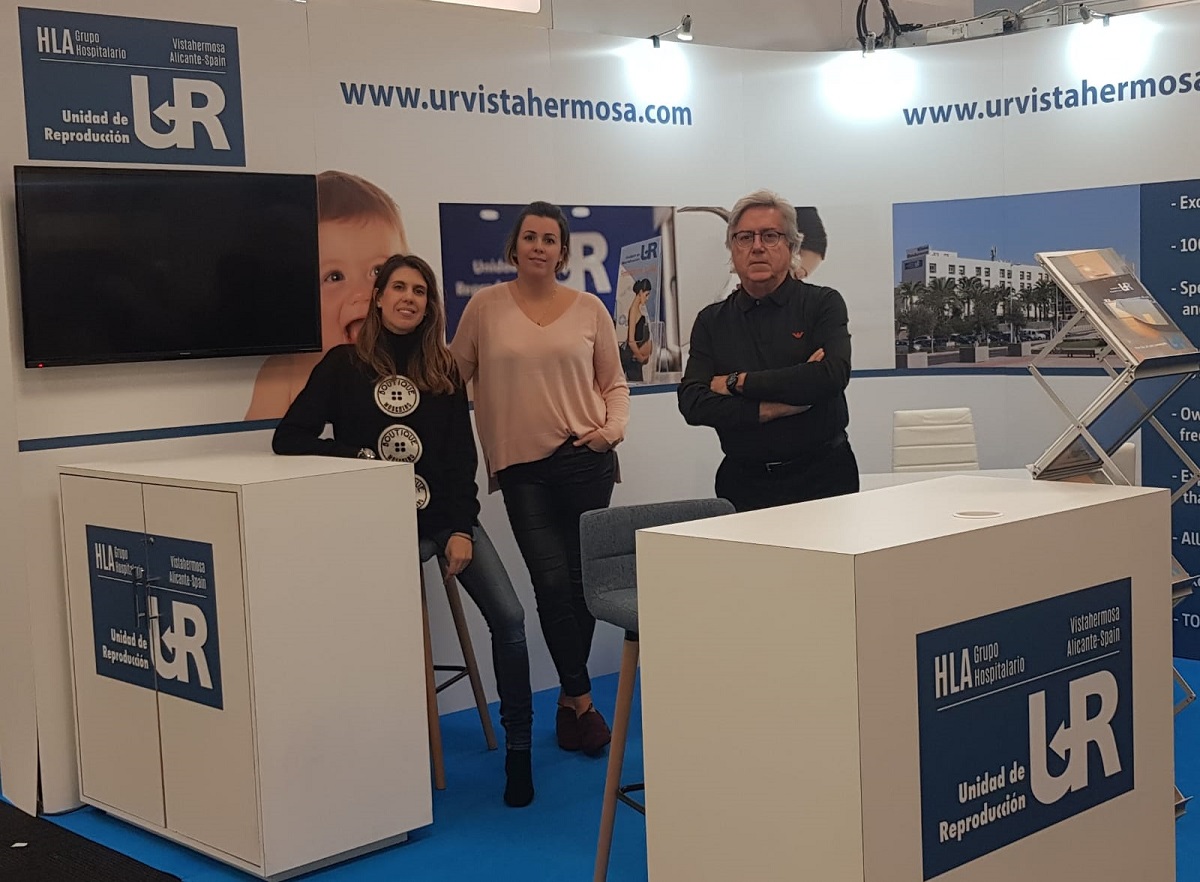 UR Vistahermosa was in The Fertility Show London